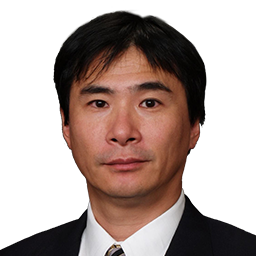 Dr. Ryusuke Masuoka is a research principal at Fujitsu System Integration Laboratories Limited in Toranomon, Tokyo, Japan, working on Cyber Security. He is also a part-time lecturer of Graduate School of Mathematical Sciences, the University of Tokyo in Japan. Since joining Fujitsu Laboratories Ltd. in 1988, he conducted research into neural networks, simulated annealing, and agent systems. Results from all of those research areas have led to products from Fujitsu. After moving to Fujitsu Laboratories of America, Inc. in March of 2001, he engaged in researches on pervasive/ubiquitous computing, Semantic Web, and bioinformatics, from which Task Computing resulted. Then he extended his research into Trusted Computing, Software/Security Validation, Cloud Computing, Smart Grid, the Internet of Things and Cyber Security, when he led a group of 15 PhDs (, contractors and interns) with annual budget of more than 6 Million USD. He also led numerous standard activities and collaborations with universities, national and private research institutes and startups. From the beginning of 2012, he started working on Anti Cyber Attack Solutions at Fujitsu Laboratories Limited. He joined the Center for International Public Policy Studies in July 2012 and studied Cyber Security Policy for two year. He is now with Fujitsu System Integration Laboratories Limited, working on Cyber Security. An ACM senior member, an IEEE senior member, and a top 1% and one of the top 20 in Setagaya (Setagaya Leaderboard) TripAdvisor reviewer.